“Although we are mere sojourners on the surface of the planet, chained to a mere point in space, enduring but for a moment of time, the human mind is not only enabled to number worlds beyond the unassisted ken of mortal eye, but to trace the events of indefinite ages before the creation of our race.”

“Glacial” features two artists coming respectively from Taiwan and Europe, each of which has its own distinctive cultural and natural landscapes. Despite the different art forms expressed in their works, both of them are fascinated by the concepts of temporality, elapsed time and variability; coincidentally, they also step into the fields of geology, material science and climatology that leads to the interactive dialogues generated in this exhibition.

From the viewpoint of the history of painting and landscape art, SHIU Sheng-Hung engages himself in the exploration of mineral pigments through both classical and contemporary painting techniques; accordingly, Shiu’s paintings consist primarily of scattered fragments of colors so as to manifest his interwoven perspective on time and materiality. His new series called The Glacial Landscape is to be showcased at the gallery, depicting the contemporary landscape in the Anthropocene with patterns that signify archaic deposits; also, with the layering of paints, it reflects the underlying interrelated dynamics of human activities, nature, economic expansion, and technological development. In comparison with the visual and physical experiences of exotic glacier tours in Switzerland and Iceland, the mountains forests and plants in Taiwan that Shiu is drawn to visit were also the chosen subject matter. By focusing on the identity issue arising from the biogeographic history of Taiwan, he seeks to develop a more diverse and inclusive point of view based on multiple clues and time perspectives, thereby defining the interrelationship between the self and the world.

With a solid background in painting, Josefina Nelimarkka is also enthusiastic about scientific research and interdisciplinary collaboration, which contributes to the diverse art forms in her works including text, sculpture, moving images and interactive technology; hence, these multisensory-based art practices have embodied Nelimarkka’s ecological consciousness and notion of time in non-linear thinking. In Future Memories, she worked with fossils, ice cores and minerals —— as the evidence of the passage of time —— collected from the glacial relics revealed in Antarctica and the Isle of Arran in Scotland, and, through the use of technology to visualize the reminiscences of Earth explained by natural samples over tens of thousands of years, the representation provides clues to the future climate scenarios; in Precession, color pigments and minerals act as the entry point to the examination of life situations so as to further dig into the unpredictable changes and the forces lying behind. In this sense, with its visual language straddling the microscopic imagery of material composition and the projected image of the immense universe, this work aims to raise the ultimate question of existence.

Both Shiu and Nelimarkka were greatly inspired by the concept of geological timescale known as “deep time” and science in terms of their art practices and relevant philosophical reflections. However, instead of decoding their findings precisely, both artists create their own color palettes for transforming those features into textured paintings or the emotion-evoking images observed under the microscope with a view to presenting an interconnected world as a whole. As a matter of fact, in the vast expanse of time, everything changes either in the blink of an eye or at a gradual pace that takes billions of years. Thus, given that glacial landscapes are no longer considered immovable*, and the Vega in the constellation Lyra is believed to be the future North Star ten thousand years from now, it is obvious the intellectual functioning and inspiration of the human race, in either the cultural sense or the biological sense, are dependent fundamentally upon the scales of our perception and imagination of time.

(* The adjective form of glacier —— glacial —— also refers to something varying extremely slowly in ways that may be too subtle to notice.) 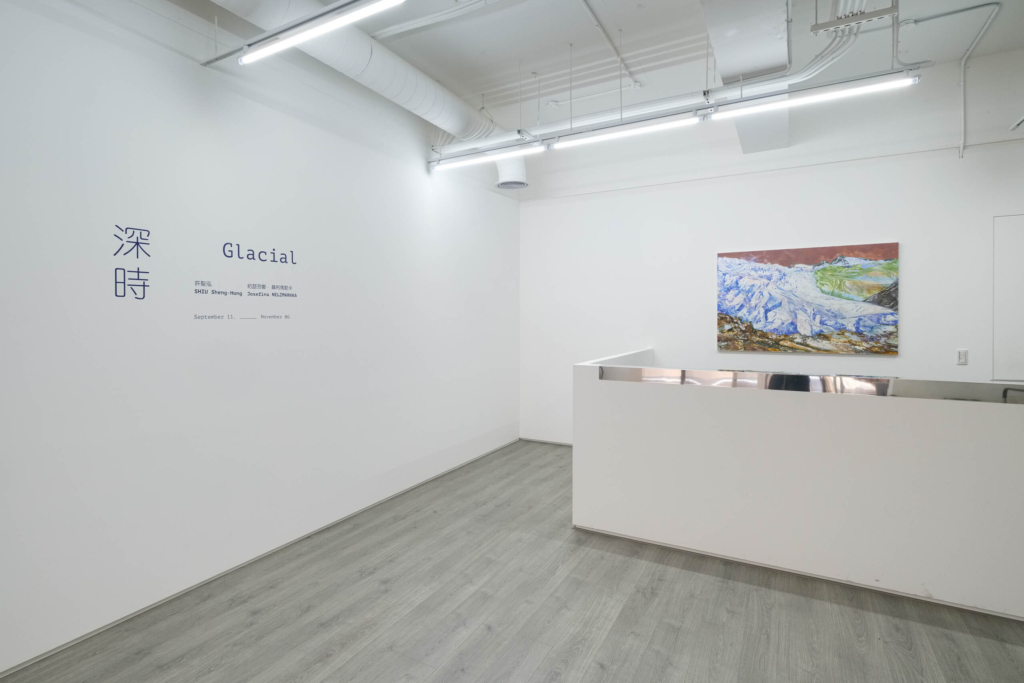 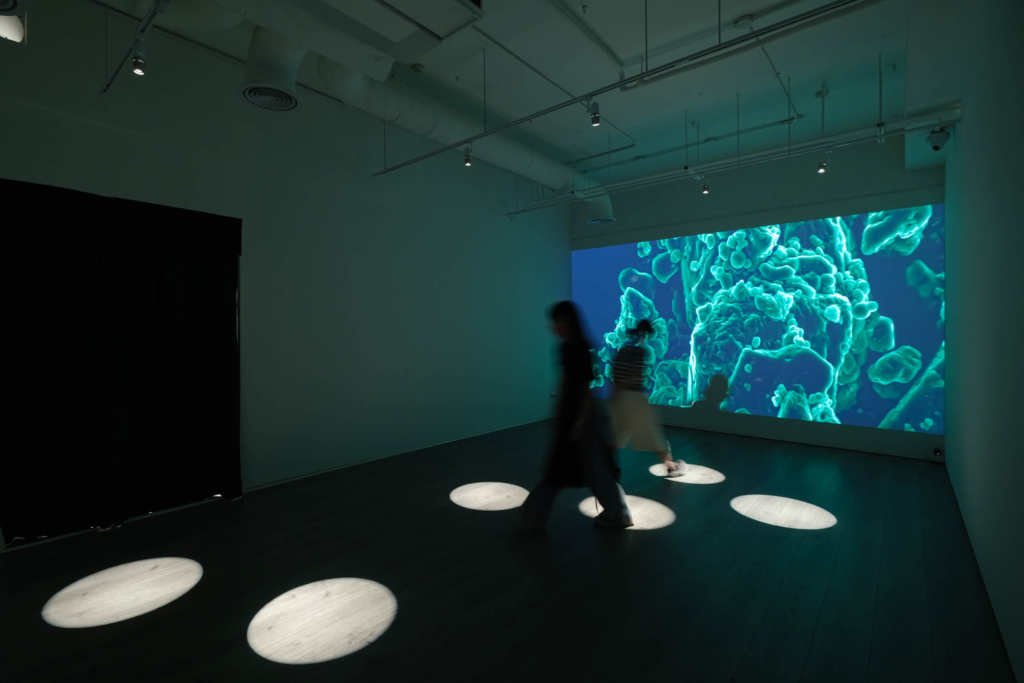 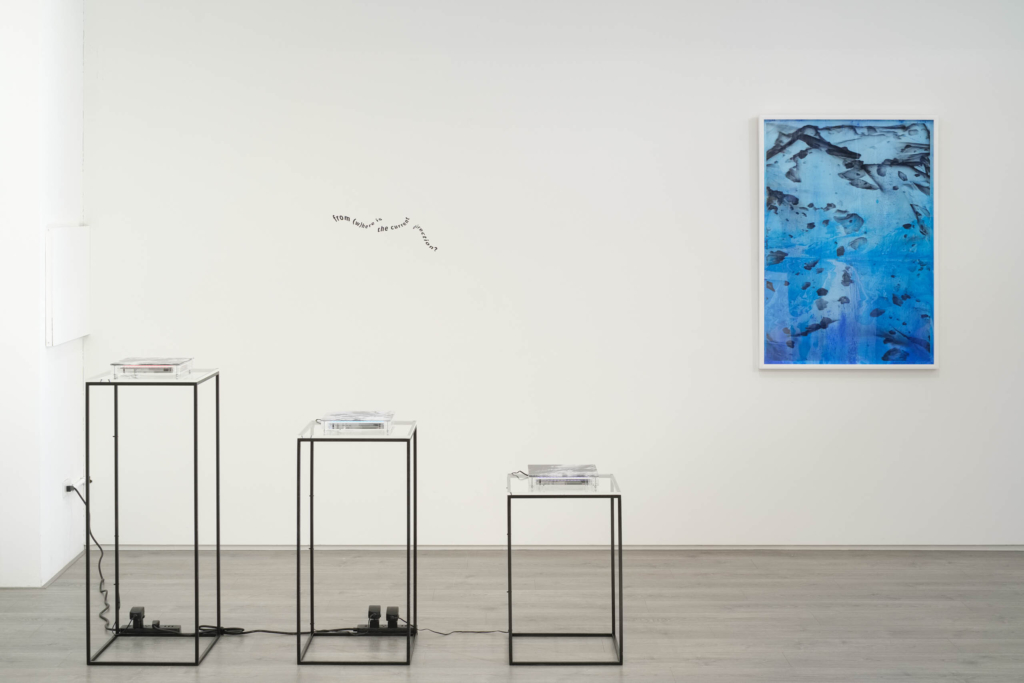 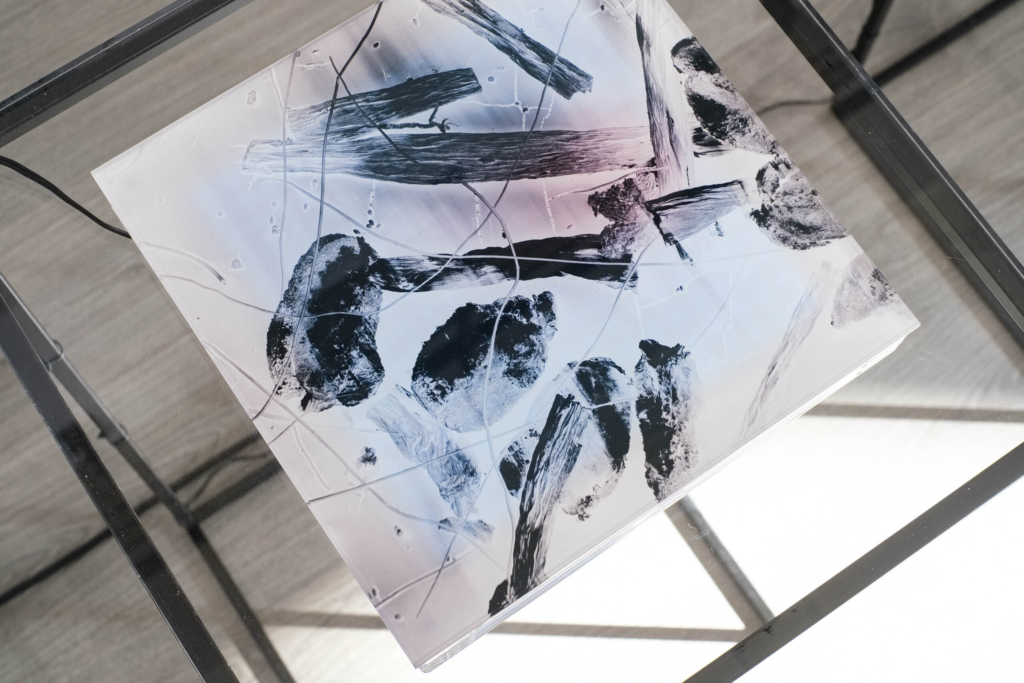 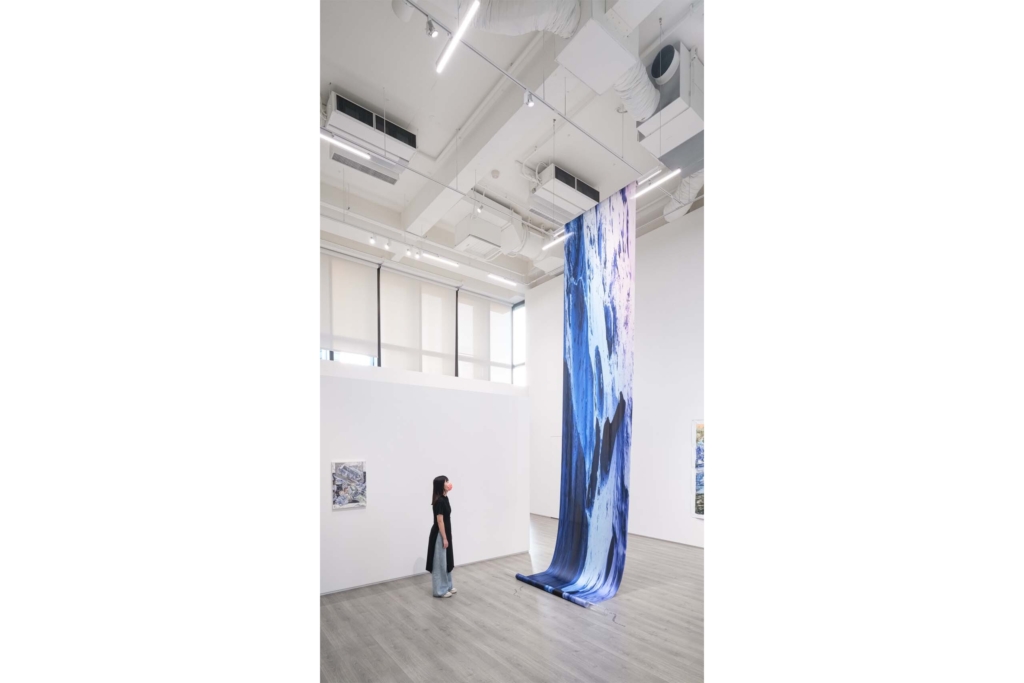 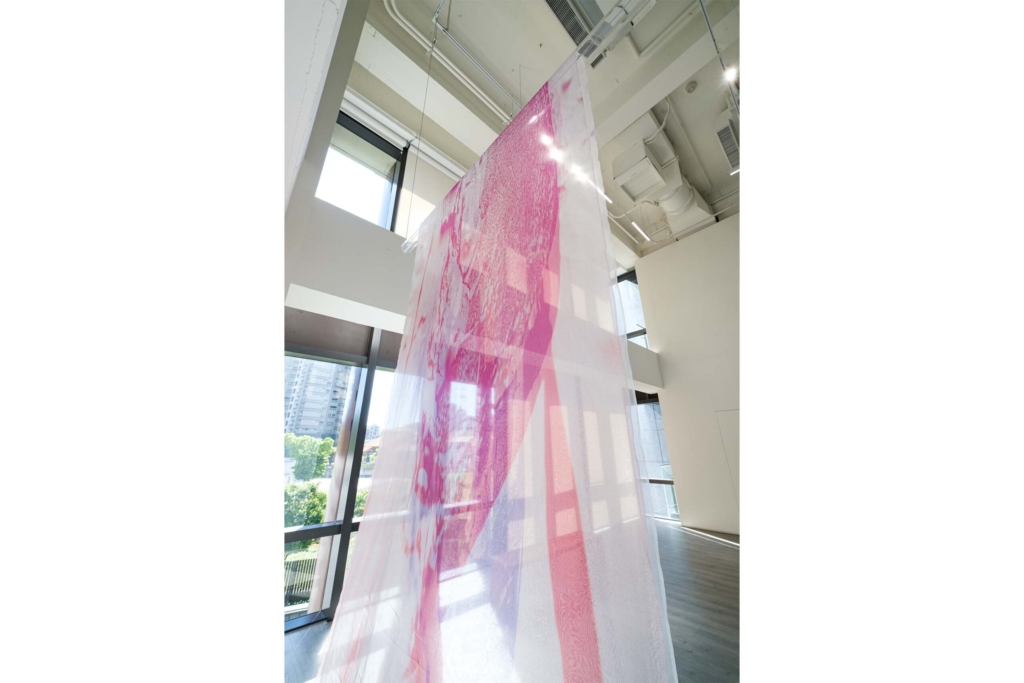 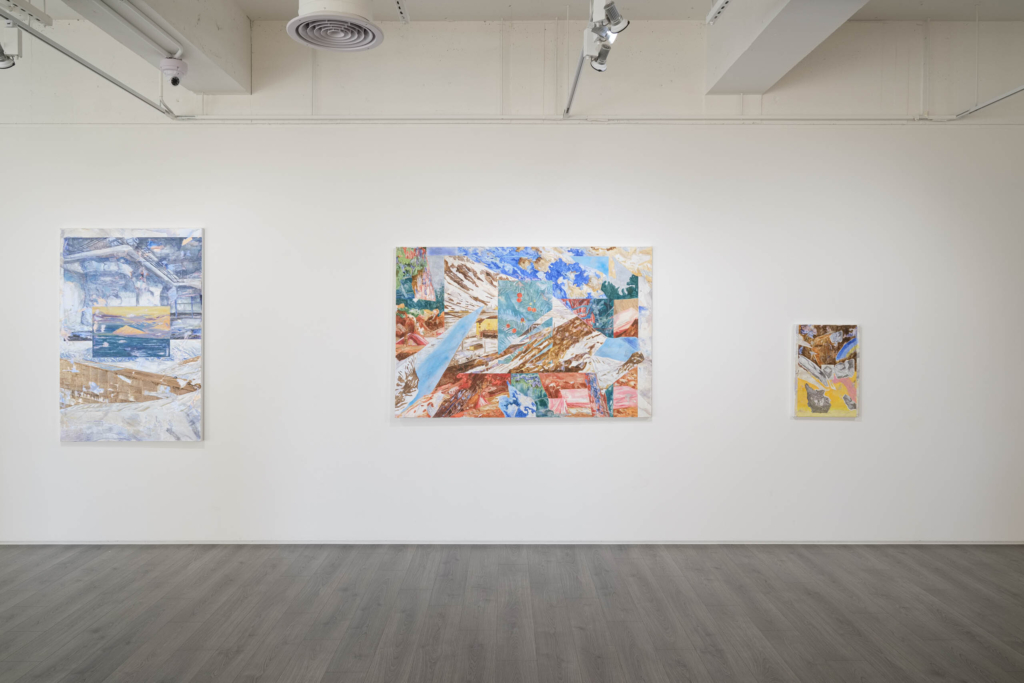 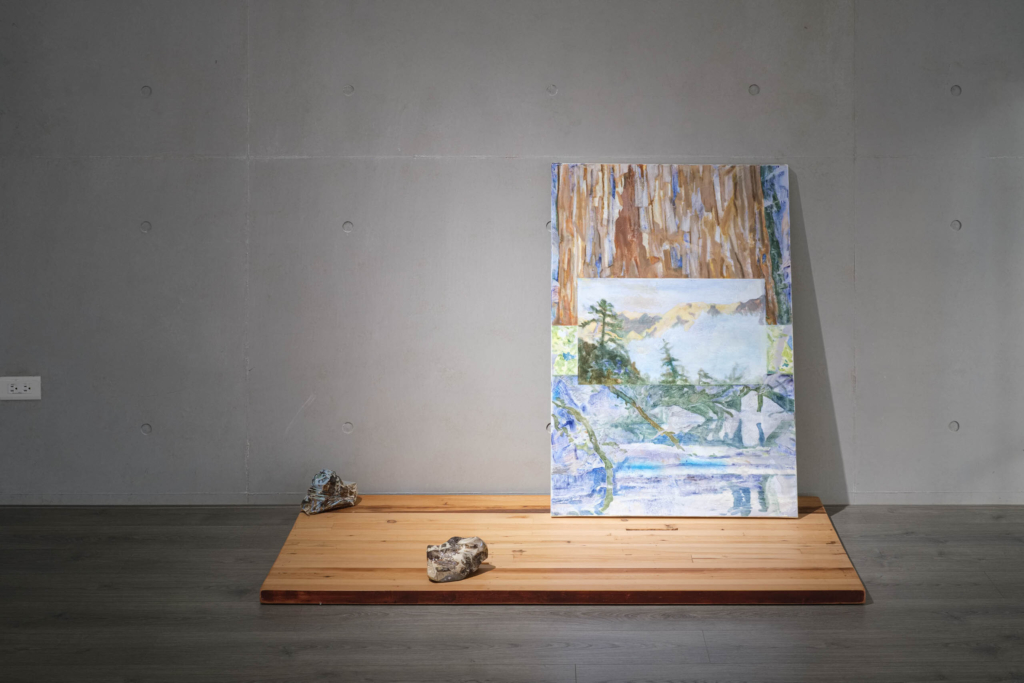 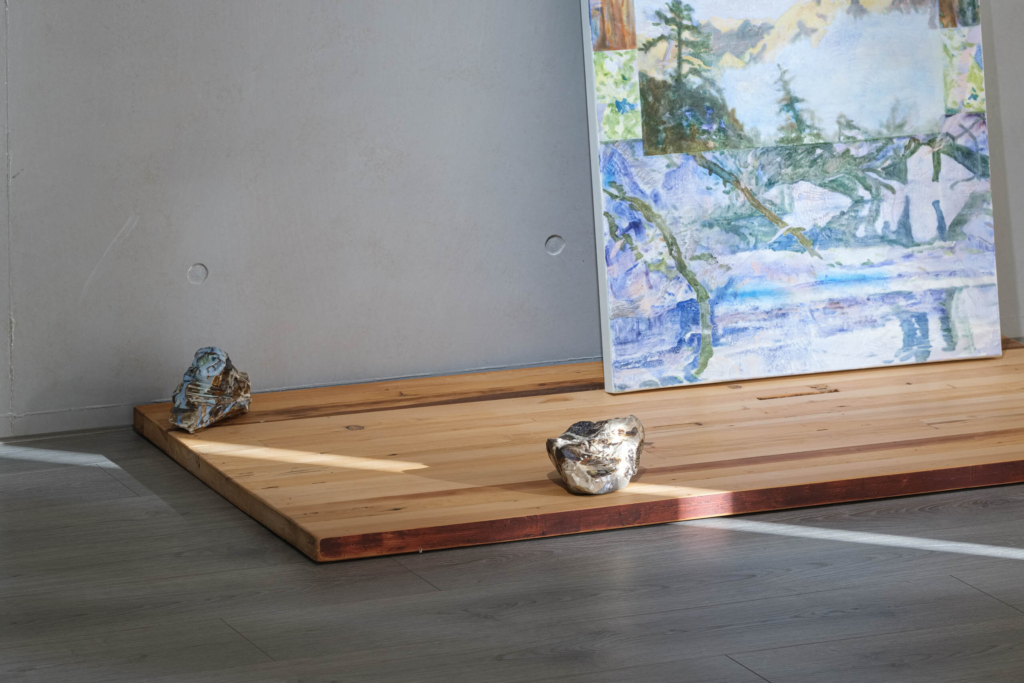 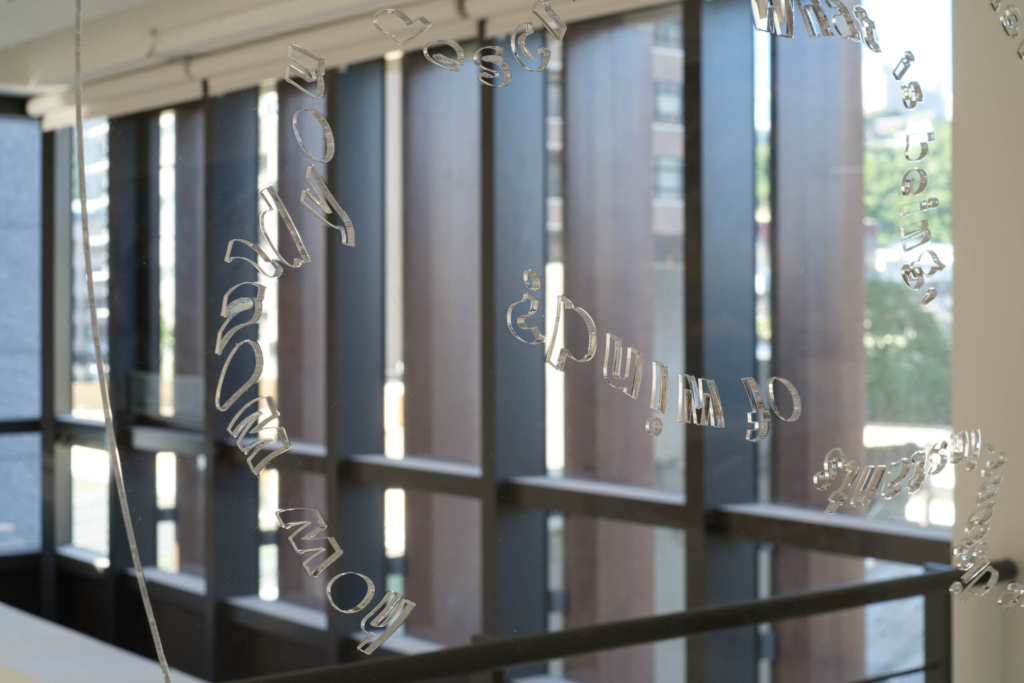