Solid Art is delighted to present “Gathering – Philipp Kremer”, which is the artist’s first solo exhibition at Solid Art since his participation in the gallery’s 2020 group exhibition, “like a luminous animal”. Philipp Kremer’s paintings are conflict-laden – not only in the subject matter, but also on a formal level, and in the interplay between the two. His works evoke questions of representational ethics, both in art’s address of human suffering and in the promise of social togetherness alike.

“This exhibition is a continuation of my ‘Gatherings’ series, where I wanted to make explicit paintings that speak about sex in a positive way, creating scenes where figures take on different roles and positions to speak about a wide range of possibilities of sexuality.

Each body is constructed as an ‘image within the image’, this way there is no main identifier, and everyone functions as the other’s background, which allows for the viewer (and the painter) to play through and imagine being in different roles. The actual ‘background’ is left empty, referring to open possibilities and imaginations, and allowing the bodies to relate only to each other.

As a new element I have extended the monochrome paintings with parts painted in a different color, adding elements of a space or a bit of context that extends the narrative and functions as another body, another ‘image within the image’. 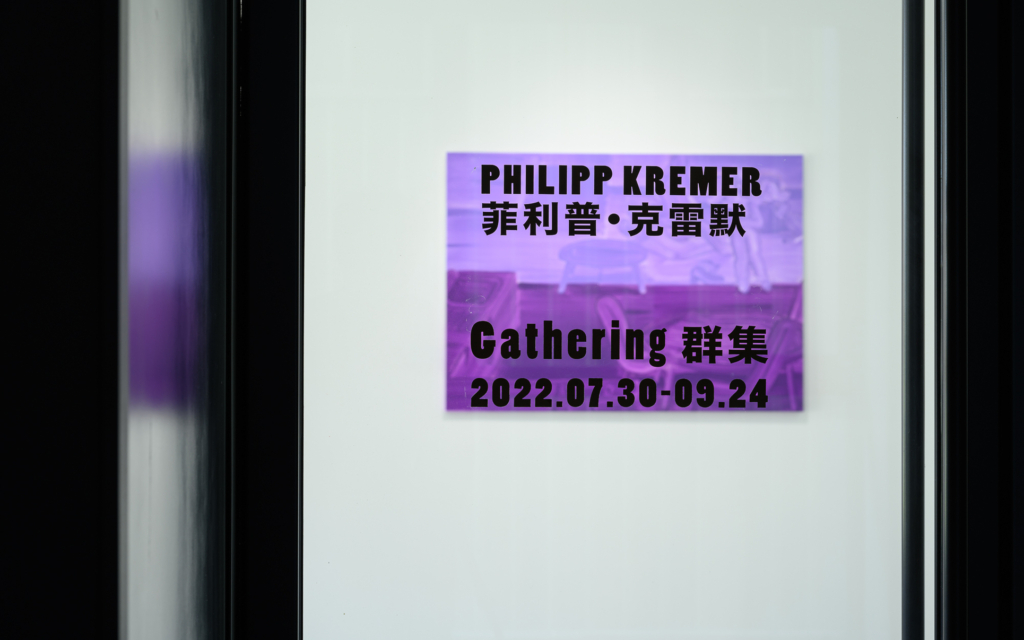 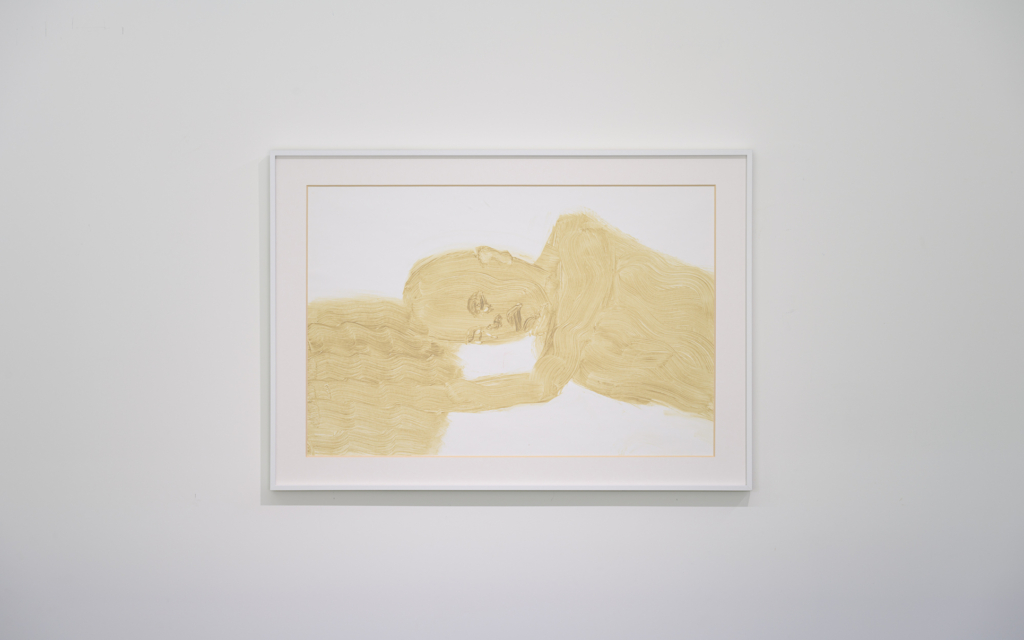 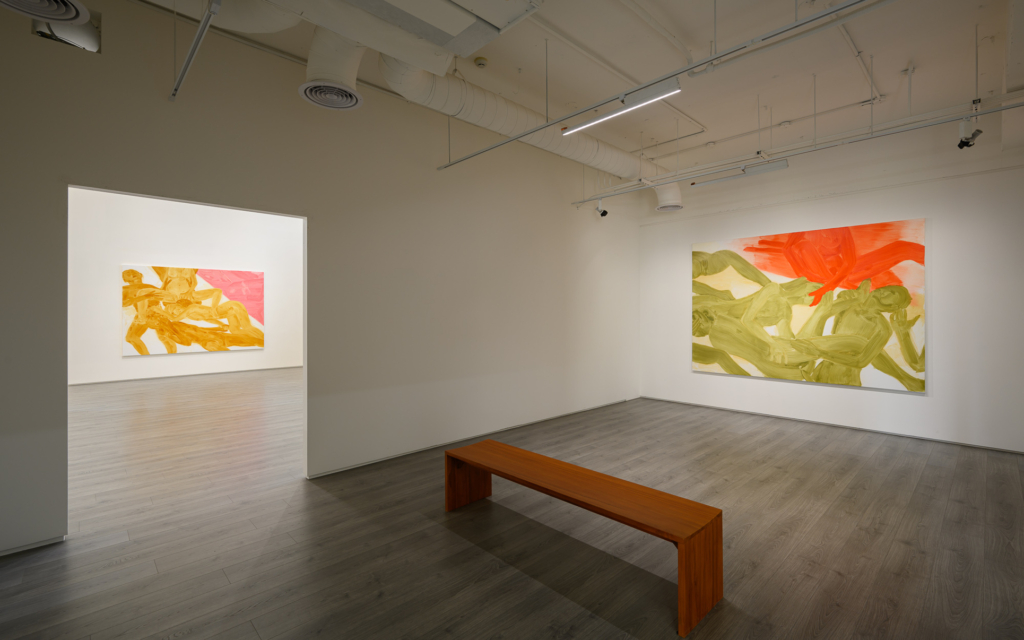 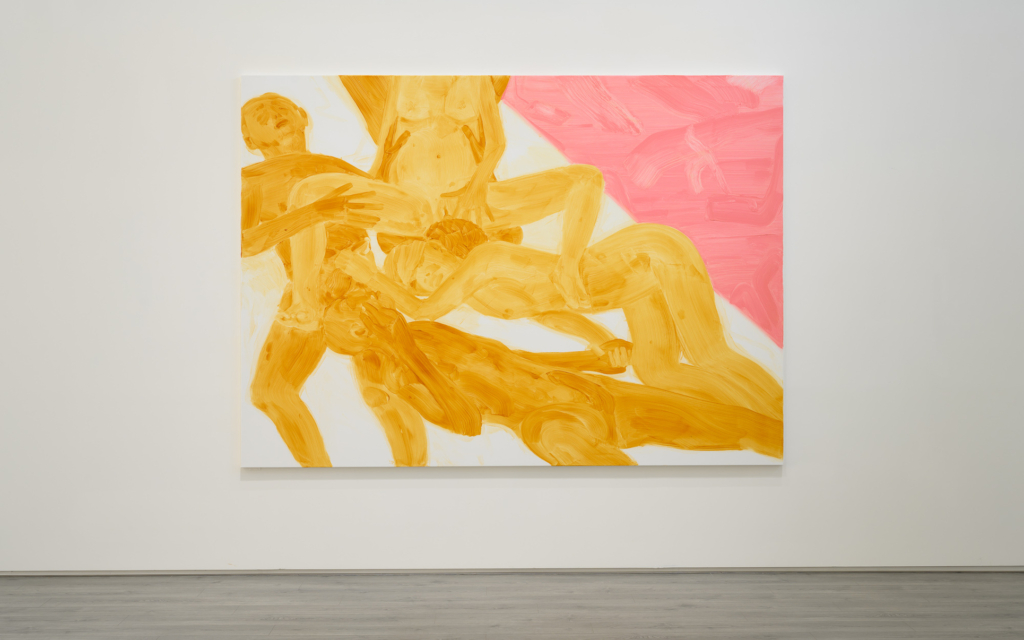 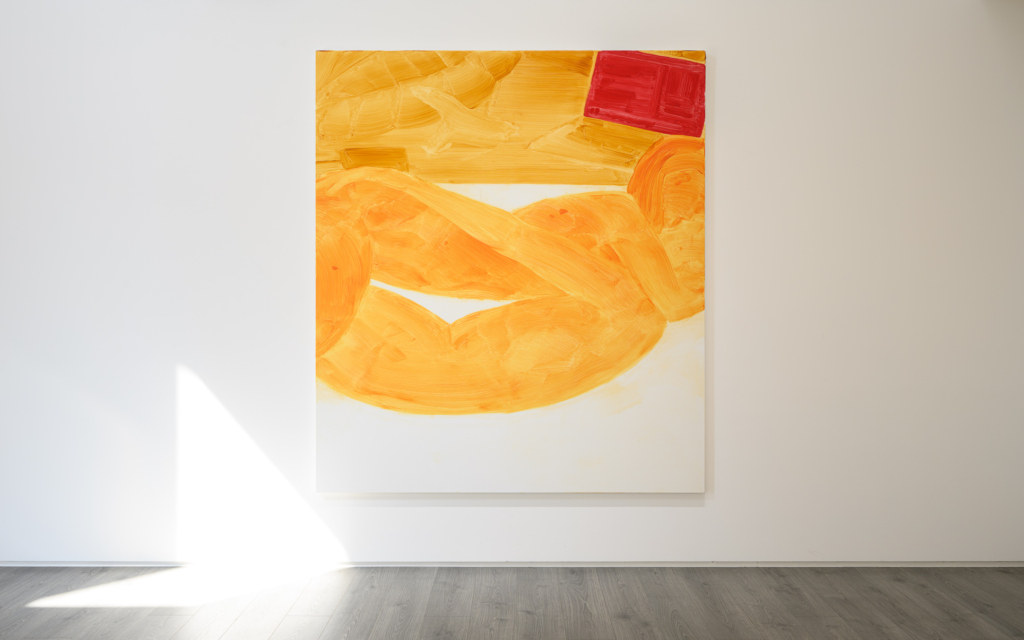 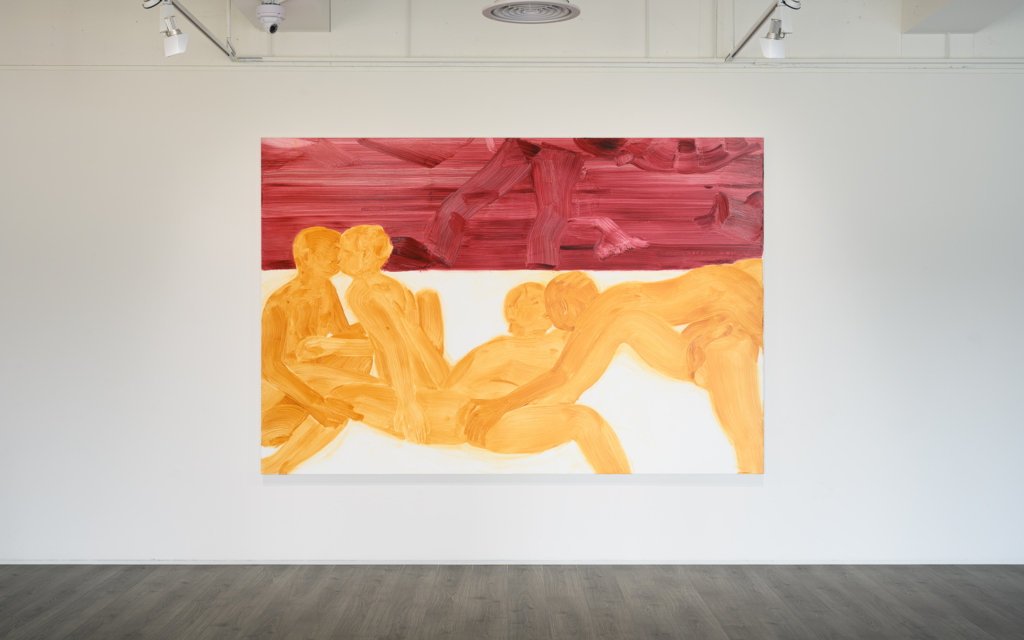