Tides in the Body

Building on the contemporary discourse around posthuman feminism as articulated by Astrida Neimanis in Bodies of Water, this exhibition attends to the flows that circulate at ruptured borders — between drowning and drying out, boiling over and melting down: the existential scales of the imminent crises faced by the planet’s aquatic ecosystems. Further, it is a question of recognizing origins and predicaments, and of how they empower each other. If there’s still time before the droughts and deluges of the near future ( if that future’s not already here now ), how might our languages and mo(ve)ments turn towards regulating and resisting energy, becoming plural, gestational, mixed, unknown, or transcending reality?

In The Particle and the Wave, Himali SINGH SOIN takes Virginia Woolf’s book The Waves and algorithmically turns its semicolons into tonal scales echoing the text’s stream-of-conscious style. As an exercise in tuning, it gives voice to the voiceless, embracing the particle-like personal existence in the tidal waves of the human condition, animating the various connections and disruptions that influence the development of identity, thought, and consciousness for forms of life in the process of becoming. This early work sets the stage for Himali’s later output in which the queering of language is used to highlight alternative knowledge and energies. This brings us to we are opposite like that, a posthuman myth narrated from a woman’s perspective as anthropomorphized polar ice. She traces the ice’s past and receding glacier’s future. Between the Earth’s poles and the Indian subcontinent, and beneath the rational symmetry of geography and language, she stirs up the turbulence of inversion, transmissions of noise and reckless trekking, inspiring the desire for freedom from environmental and gender oppression.

LIN An-Chi (Ciwas Tahos) ’s work is an exploration of ethnic and gender identity. She often uses her own body as a medium to trace her experiences with linguistic and cultural displacement. The Land in the Middle of the Pond depicts the biopolitics of the Qara Atayal community as it intertwines with the river. The work employs different rituals to respond to a history of forced relocation, pollution, and disease — rituals such as painting the veins of one’s legs, carrying water from the reservoir, and the exchanges of names between people and plants. At the same time, it serves as a bridge point and positive call which permeates between individuals. The exhibition also includes the artist’s most recent series, Pswagi Temahahoi, to be concurrently exhibited at Documenta 15 in Kassel. The work explores the mythical place of the Temahahoi woman-only tribe where women are able to become impregnated by the wind and can talk with bees. The artist walks upstream of the reservoir, attempting to trace and record the path of the bees in the gap of light between the mountains’ shadows. Here, tree holes and ocarina become feminine yin spaces for injecting thoughts and imaginations, protecting and storing the unfinished, yet-to-come possibilities of disappearance, remembrance, and belonging.

Acting as an interpretative visual archivist or keeper of secrets, YANG Chi-Chuan has pursued a delicate practice across artistic mediums, recollecting and preserving past thoughts and persons. Through capturing and sharing her observations, she gives form to the virtuous insight of human agency and the extraordinarily warm empathetic discovery. For her latest sculpture Foggy Mountain, the artist started from the unique experience of physically encountering fog in Taiwan’s cloud forest belt, combined with the daily perception of coexistence with pollutants in the environment. The fog in the cloud forest belt is an important source of water that helps to mitigate the effects of climate change, resisting drought, and providing nourishment for diverse species. In contrast, her terrarium installation borders the dystopian, like a heterotopia filled with a smell and mist that couldn’t possibly be natural. Juxtaposed to the absurdity of breathing in and out toxic substances, both healing and contamination as well as repulsion and convergence occur simultaneously inside and outside the body, in an endless cycle of exchange.

lololol’s Future Tao: The Great Shift is a doomsday battlefield shrouded in mist, reflecting the fast-changing relationship between the body, power, and technology since the onset of the Covid pandemic and the Great Reset. Inspired by Indonesian director D. Djajakusuma’s 1958 film, Fire Whip, the project explores social trends and signs of the times in the evolving interpretations of technology, users, and local knowledge in the Malay archipelago, reconstructing a new martial arts narrative online. Nowadays, as human dependency on resources, including water, has become more complex, martial arts that had been strongly coded as masculine yang in the past have become a mode of defense and mediation in a world increasingly filled with biopolitical violence. The questions then turn towards the relevance of the traditional wisdom we choose to hold on to: How should we use finite energy resources? How can we‘be water’in the face of conflicts and upheavals?

From polar regions to volcanos, from the physical to the virtual, the posthuman scenarios that emerge here morph in turn as the scenes in the exhibition change. When reality has become the most extreme science fiction, when we feel powerless, unable to find a language to make sense of this world in which art feels worthless and the good life is out of sight, there are still some sincere words and thoughts that are dearly loved and allow us to understand the power that lies at our hands individually and collectively. In addition to the exhibited works which propose a worldview that is observant of the environment and ourselves therein, the exhibition is also deeply inspired by the“politics of citation”, a concept which attaches importance to the citation of life experiences outside of academics and elite circles. Through acknowledging the marginal, unidentified, and nonhuman, the exhibition becomes a space where such stories can be told and seen. Likewise, in the process of bringing the exhibition to life, one might also recognize the silent narrators — translators and reporters, those who reflect vital energy between the living and non-living, passing on the profound value of words so the wisdom of the world continues to prosper in all things.(1)

1.HSU Chu-Chun－It’s all about listening to the sounds of the waves—on the Solid Art exhibition Tides in the Body
2.WU Ren-Yu －Citing; Proliferating; Rhizomatic 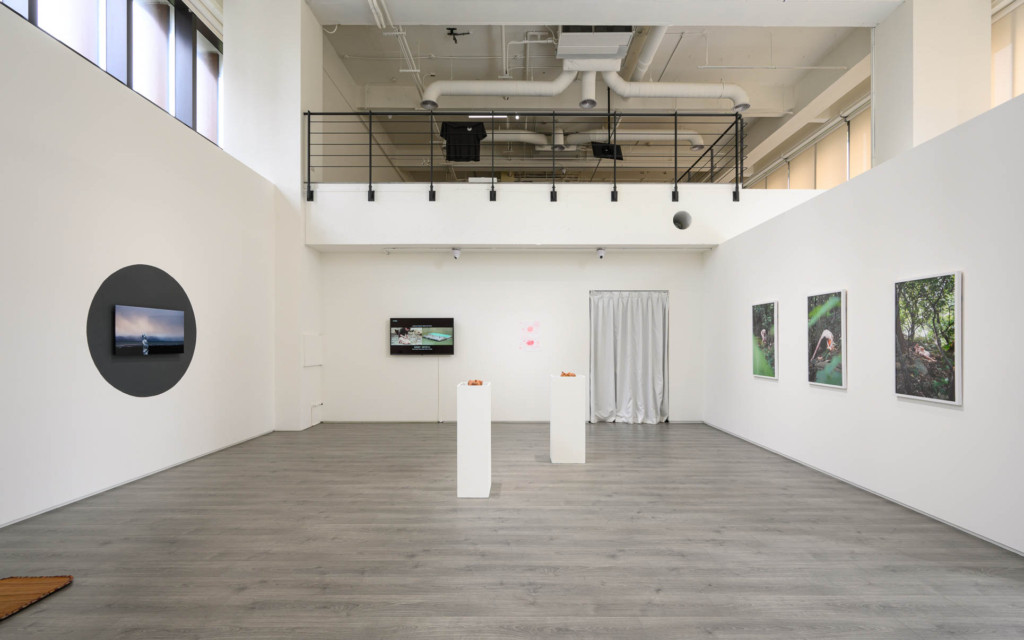 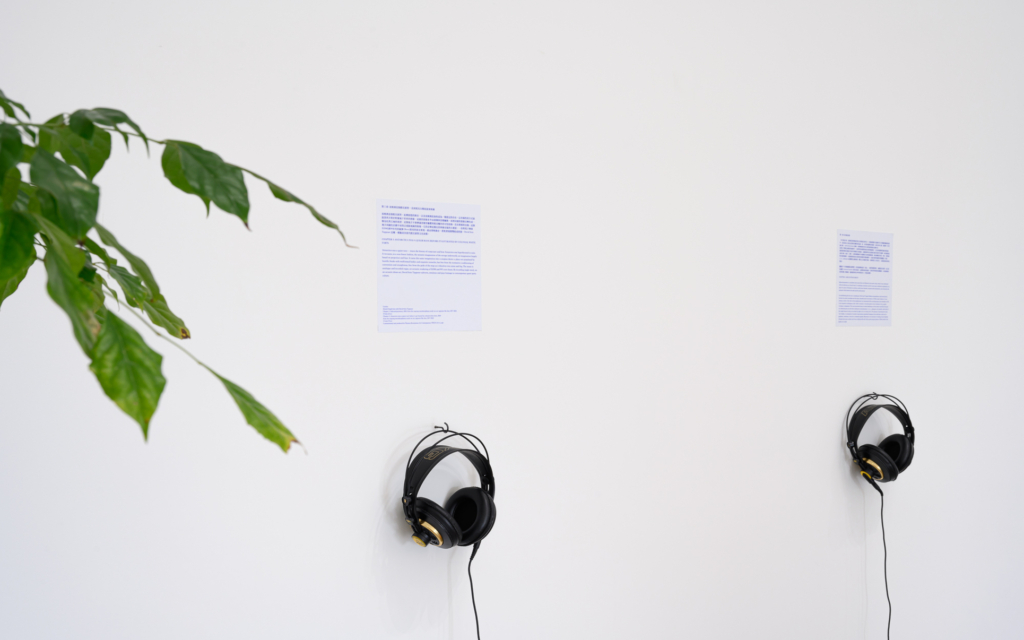 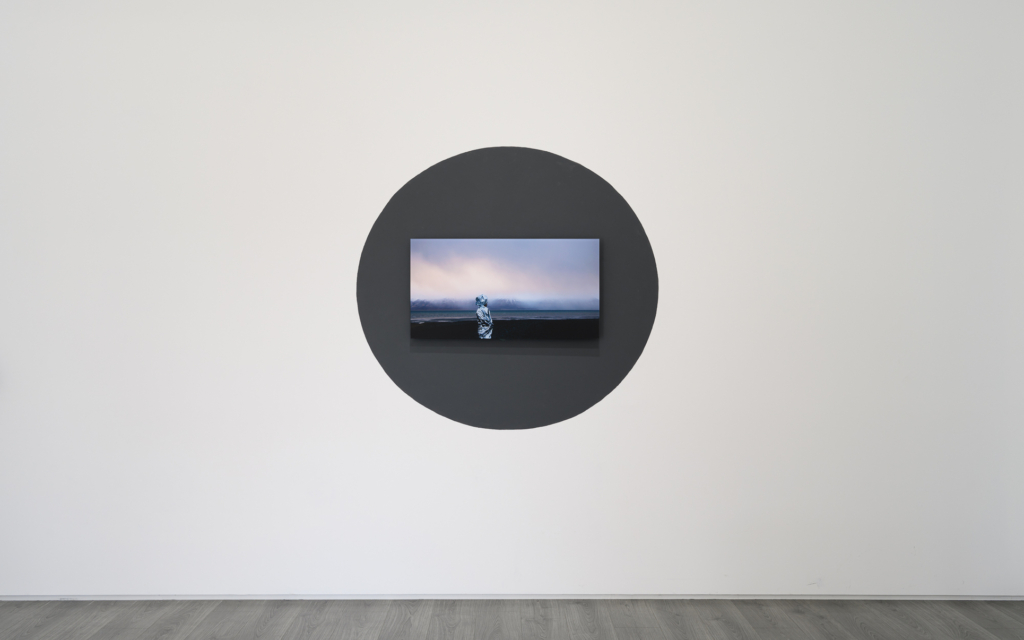 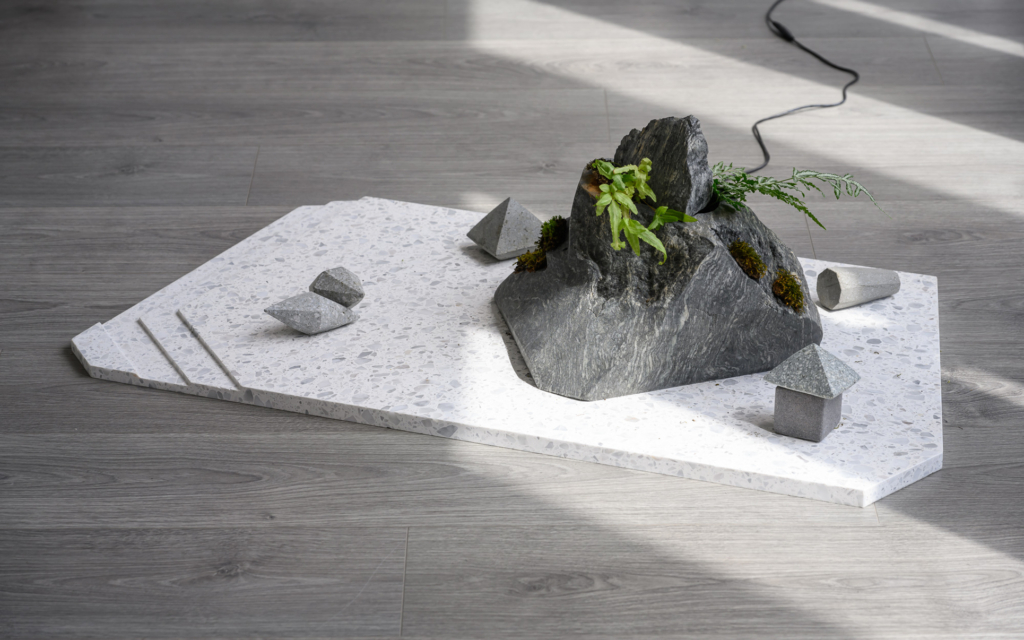 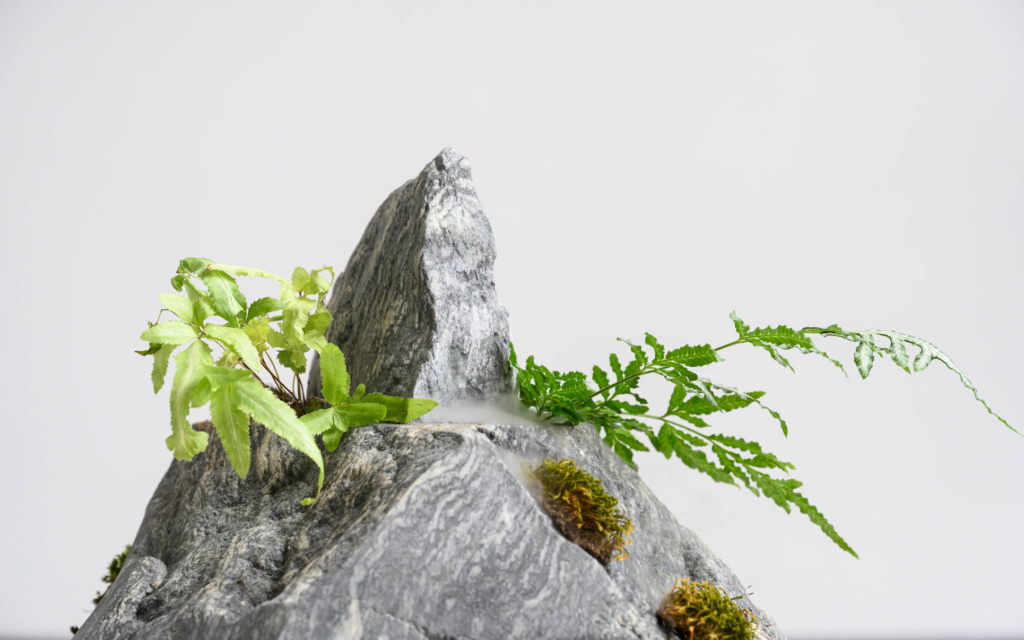 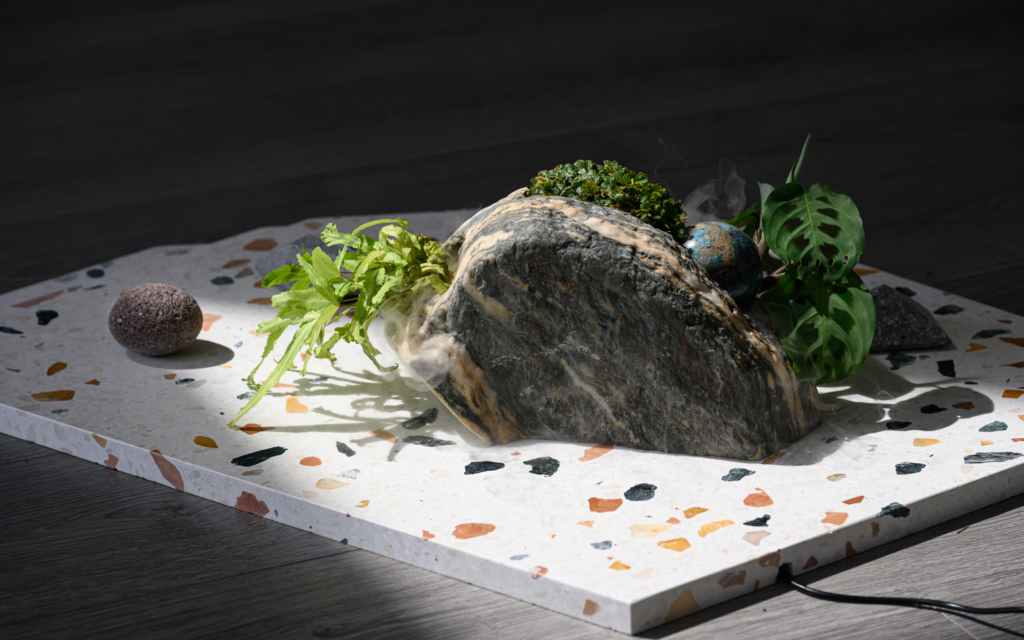 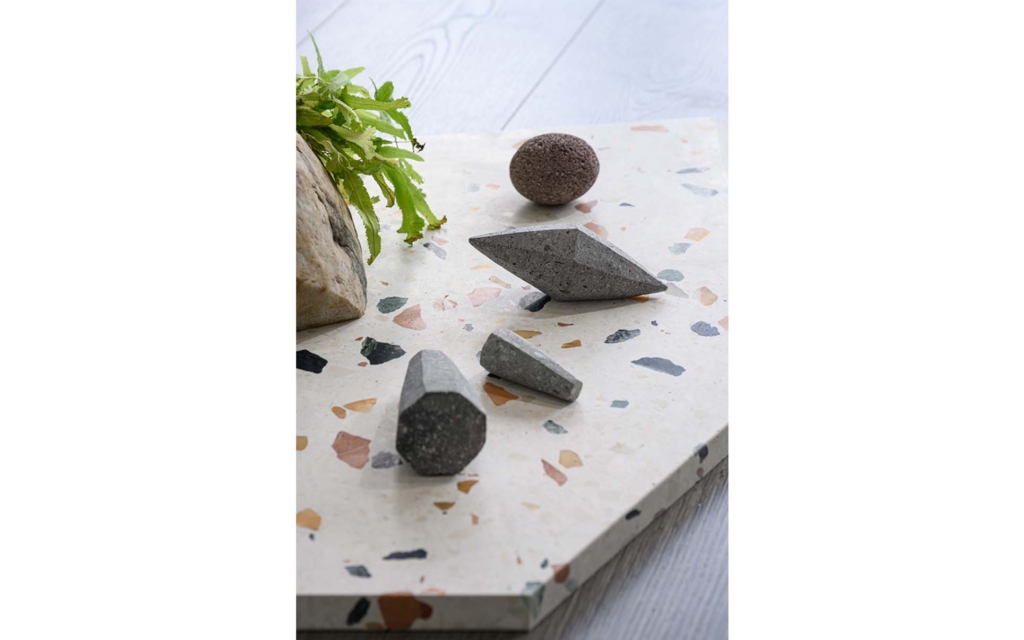 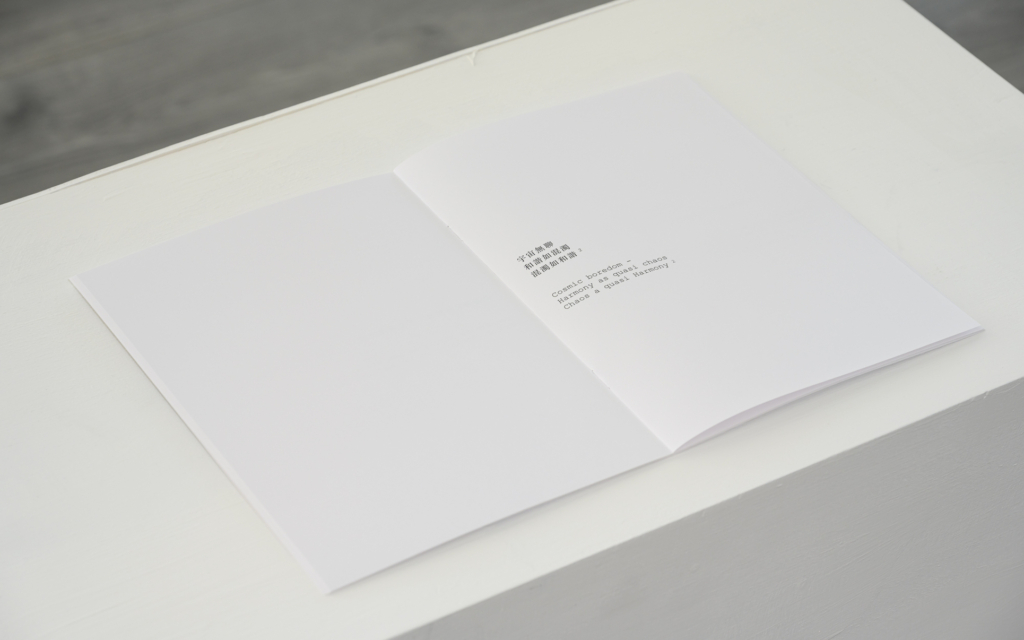 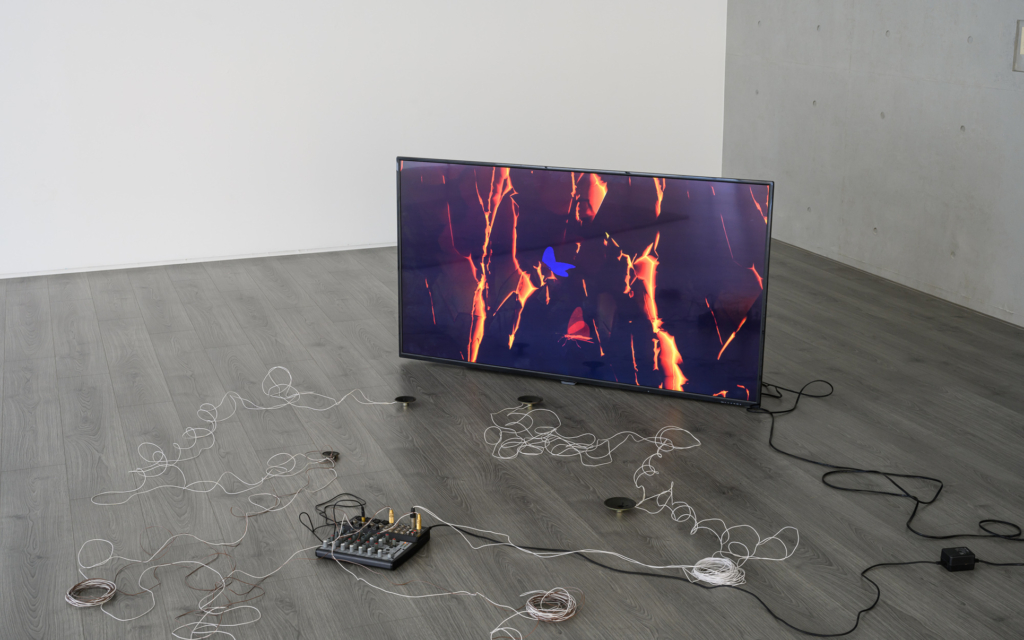 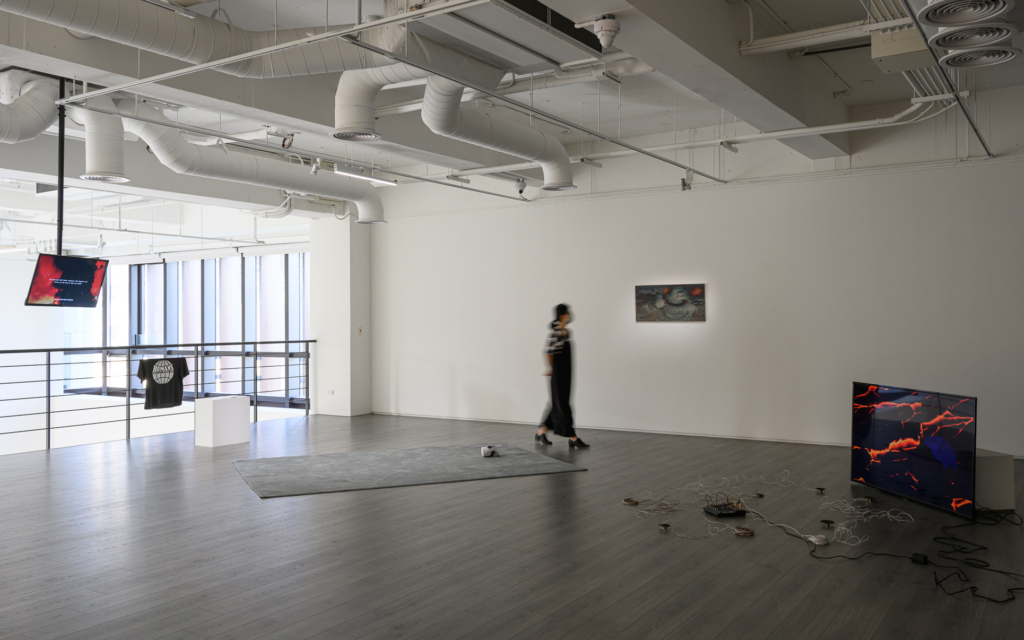 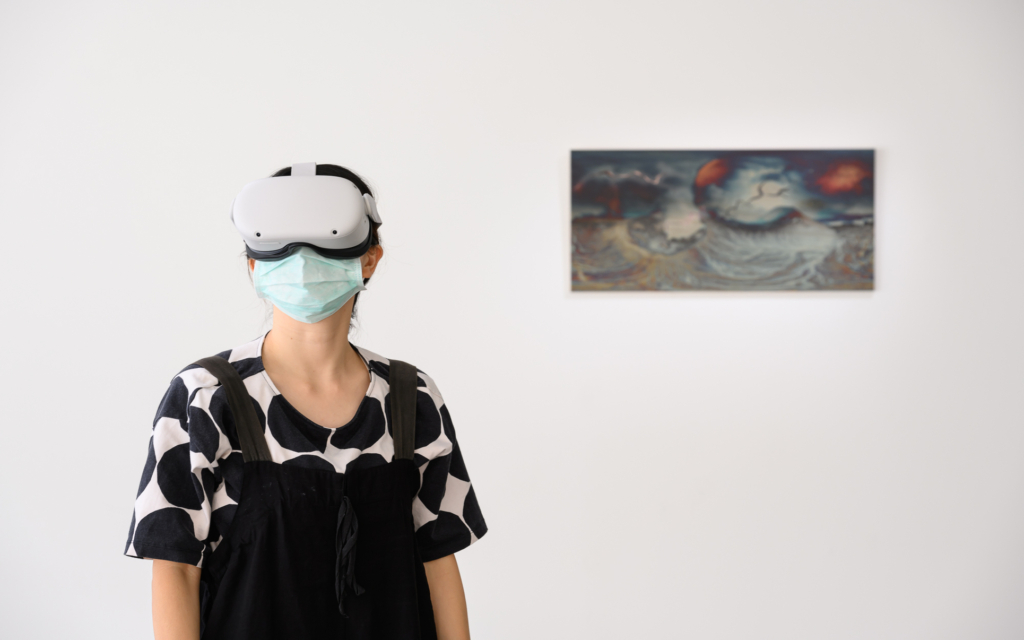